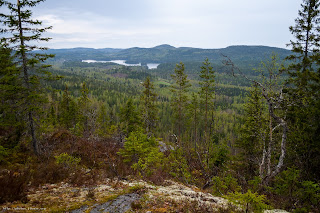 I don't have much to update my blog these days, so I'll post more photos from my May hike in Koli instead:

Posted by Unknown at 9:17 PM No comments:

No matter where you go, you realize that it's hard to make a nice landscape photography if the sky is a plain dull gray mixture, or a gaudy blue without a single cloud. So, when a few weeks ago the sunset began out to cast splendid lights on a cloud-covered sky, I was able to make these two shots, without leaving my own bedroom. 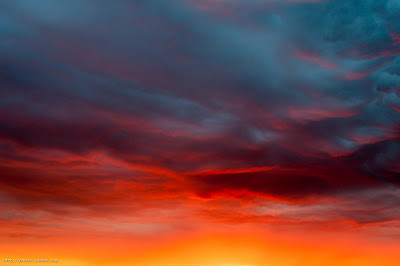 So remember: sometimes you don't have to go very far to find an appealing subject.

Posted by Unknown at 6:53 PM No comments:

Another Day in Oulu 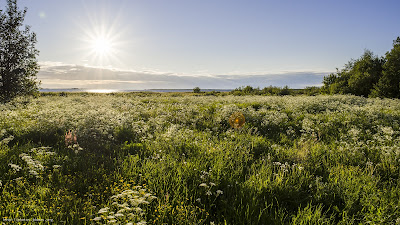 Well, I realize I haven't posted much this month, and this is a bad habbit. I do have some stuff to show though, but I guess I've just been busy. Anyway, first shot was taken near Nallikari beach, at something like 10pm, and yet we can see that the sun hasn't set yet. The second shot is from Koiteli rapids near Kiiminki, about ~30km from Oulu (there was a outdoor Jazz concert there, can you imagine?). 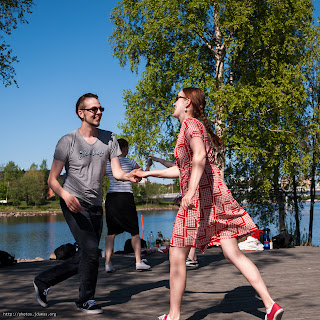 May 26th, 2013 marked Frankie Manning's 99 birthday. That being said, it was just yet another excuse to go out and dance Lindy Hop, as we like to do on a bright Sunday afternoon. I don't usually take my camera with me on those occasions, but the conditions were so great that I think it was good chance to show you what outdoor swing dancing in Oulu looks like! 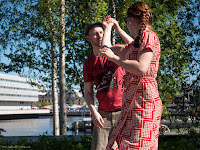 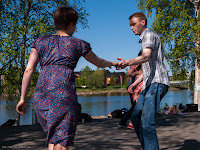 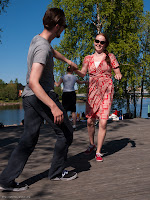 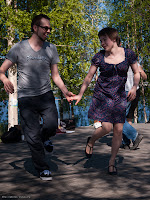 On a Bright May Afternoon 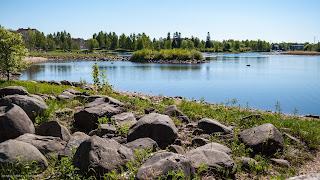 This post is for my fellow comrades from South and Western Europe complaining about their crappy weather. The pictures were taken yesterday, and they show how how harsh is the weather we have to endure here in northern Finland. All those places are at a ≤10min walking distance from the very city center of Oulu. 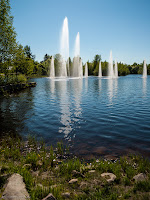 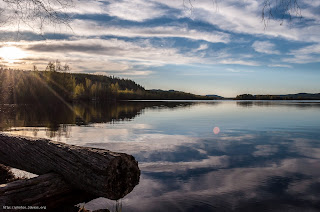 Hello folks! Last week-end was the first real summer week-end here in Finland, and I was hiking in Koli, one of Finland's numerous national parks. It provides quite the typical Finnish landscape, which is  to say plenty of lakes and a very lush forest (it goes with mosquitos as well). So here comes a first selection of the shot I took during the hike. Some are very postcard-like pictures:

And the Cannons of Destruction Have Begun… 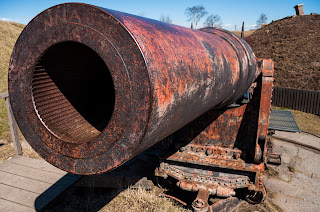 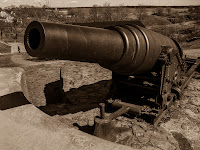 No idea why I'm posting this only now, but here are some pictures I took in Suomenlinna, a sea fortress which is part of Heslinki. The pictures were taken at the very beginning of May, this time of the year in Finland where the weather remember that spring exists, and that summer is due about one or two months later. Oh and also, birds: 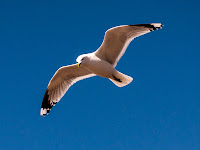 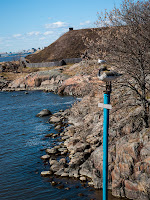 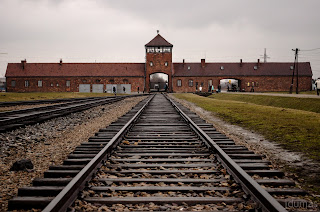 Nothing to fancy happened to me this month, so I'll just post some old pictures from my journey to Kraków and its neighborhood. Above you can see some pictures of the infamous Auschwitz concentration camp (the town in Polish is called Oświęcim). And below are two pictures of the Wieliczka Salt Mine. As this is Poland, people need to have churches, even 100m underground. Pretty impressive I must say. 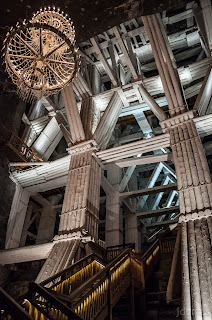 Next week I'm off to Helsinki and Saint Petersburg. Hopefully I shall come back with more nice pictures!
Posted by Unknown at 10:06 PM No comments:

Okay, so today I have only one picture, but this is quite a special one. Indeed, last week-end was the first time I saw an aurora borealis. It was Friday evening, on March 29th, and I've heard that there was some solar activity during the day, with good chances to see an aurora when the night would fall. So I grabbed my stuff, borrowed my flatmate's bike, and cycled to the beach where I tried to enjoy the show and take some pictures. This is far from being the best shot of an aurora you've ever seen, because I did have some light polution, because it sky was a bit cloudy, and well… also because it was the first time I tried to photograph an aurora. But it's not so bad either for a first try, so here we go: 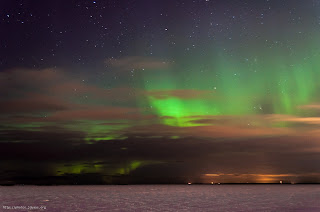 So, on this picture you have the aforementioned aurora, the frozen sea, some clouds, and on the right side if you pay attention you'll also spot the comet Pan-STARRS.
Posted by Unknown at 9:26 PM No comments:

This week-end the sun shone bright, and the temperature was above 0°C. So I decided to take on a stroll, while the sea was still frozen, lest it melted. Above is a picture of a boat just beside the city center. And in the last picture below you can see people cross-country skiing on the frozen sea!

Posted by Unknown at 8:16 PM No comments: 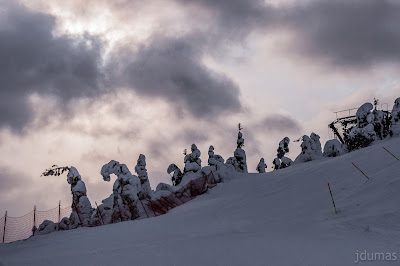 2 days after my arrival to Oulu, I went skiing to Finland's southernmost fell, with a not-so-cold-but-still-cloudy weather. Enjoy the pictures (with some black and white): 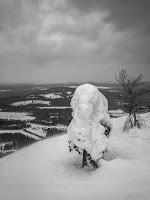 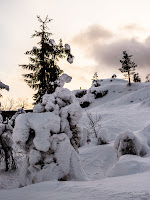 Posted by Unknown at 7:34 PM No comments:

I've been to Kraków 2 times. On my first trip it was foggy as hell, and we could see more than 3 meters before us. Second time was much better, a bit cold maybe, but it's a good excuse to drink hot chocolat. In the end I can surmise it that Kraków is a city of churches, red bricks, obwarzanek and funny stuff. 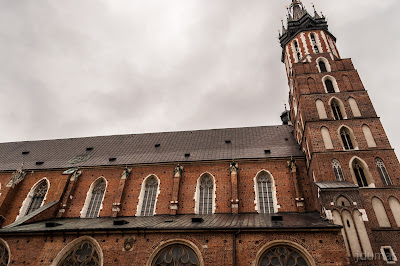 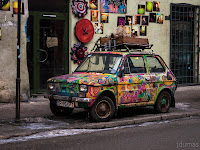 Posted by Unknown at 4:34 PM No comments:

A while ago I decided to try to create some panorama of Prague, when it was still covered in snow. Here are two pictures taken at this occasion:

And the aforementioned panorama:

This is some pretty old stuff, but I felt like editing some night fireshow today… 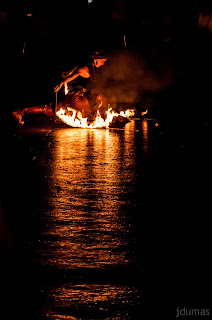 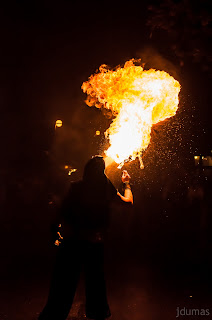 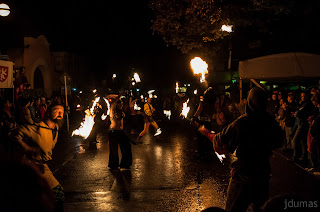 Posted by Unknown at 9:42 PM No comments: